Home
|
Woman
|
Casual Looks
|
Hello Yellow!
by Lucia CaDa May 15, 2017 No comment(s)
MY STYLE IS SIMPLE, AND THESE ARE MY FAVORITE FALL OUTFIT IDEAS

Golden Globe Awards are accolades bestowed by the 93 members of the Hollywood Foreign Press Association, recognising excellence in film and television, both domestic and foreign.The annual ceremony at which the awards are presented is a major part of the film industry’s awards season, which culminates each year in the Academy Awards. It is a good place and time for famous people for  showing off their new images, dresses, styles etc.  This year we noticed that some actresses were wearing yellow dresses which made them more attractive.  So, we decided to suggest a new casual look for yellow-lovers. Enjoy 🙂 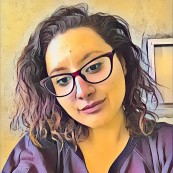 About the Lucia CaDa